The travel restriction was lifted on May 15, but not before a verbal altercation occurred between former Australian cricketer-turned-commentator Michael Slater and Prime Minister Scott Morrison. 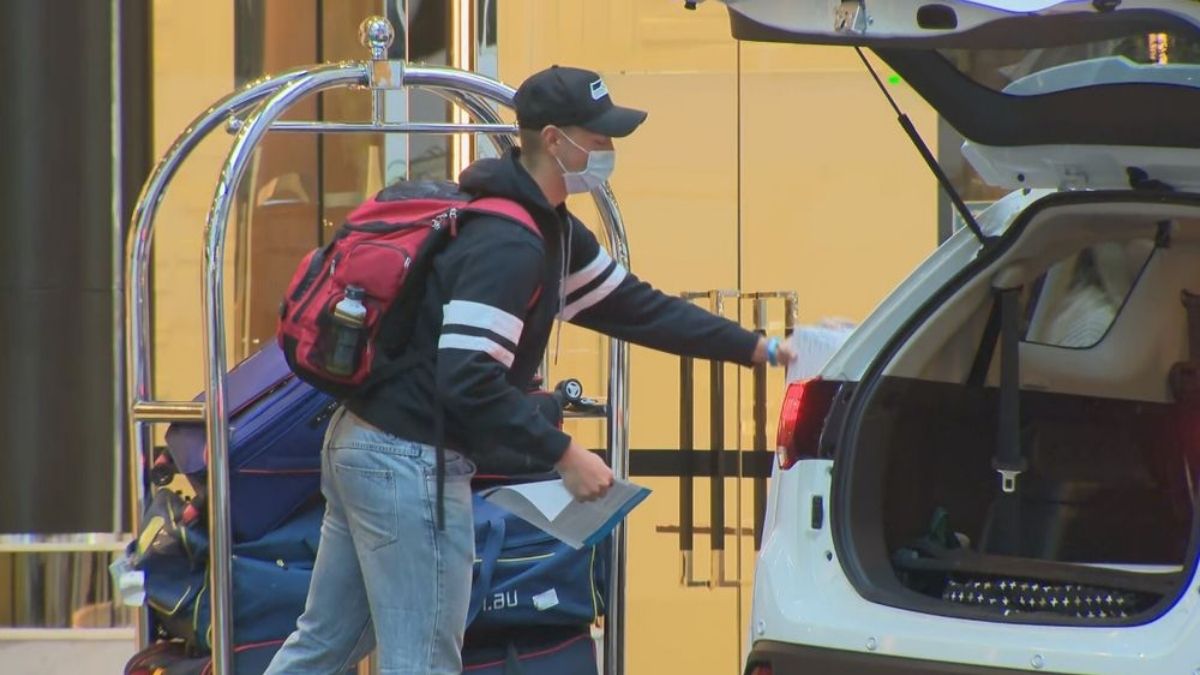 Pat Cummins, Steve Smith, and David Warner were among 38 players, coaches, officials, and commentators freed from a 14-day quarantine at Sydney’s Marriott Hotel. The Australian players had been playing in the Indian Premier League (IPL), but they had fled the nation as a lethal third wave took hold, and the Twenty20 tournament was stopped indefinitely in early May.

Many of the players hadn’t seen their families since arriving in India for the IPL in early April. Cummins and his pregnant partner Becky Boston were overwhelmed with emotions when they reconnected. After exiting the hotel quarantine, fast bowler Jason Behrendorff remarked it was “good to get some fresh air.” Behrendorff described his time in India as “tough,” and he is “relieved” to return home.

“It was comforting to know we were going home, for sure. It’s always difficult to be stuck somewhere, and knowing that we’ll be able to come home was a comfort, and now that we’re out of quarantine, I can’t wait to see my family,” Behrendorff recalled.

After the Australian government imposed a temporary travel ban on Australians coming home, players were compelled to charter flights to Sri Lanka and the Maldives. The airfare and accommodations were paid for by India’s governing cricket organization, the Board of Control for Cricket (BCCI).

The travel restriction was lifted on May 15, but not before a verbal altercation occurred between former Australian cricketer-turned-commentator Michael Slater and Prime Minister Scott Morrison.

Mr. Morrison, according to Slater, has “blood on his hands” for not allowing Australians to return. “How dare you treat us like this. I had government permission to work on the IPL but I now have government neglect,” he tweeted.

Mr. Morrison, for his part, called Slater’s remarks “absurd.” He described the prohibition as a “temporary stop” because to India’s significant increase in infection rates.

Last month, Australian cricketers Adam Zampa, Kane Richardson, and Andrew Tye payed their own way home. The Australian Cricketers’ Association’s chief executive, Todd Greenberg, stated earlier this month that all IPL players “signed up with their eyes wide open” regarding the danger of participating during a pandemic. Mr. Greenberg, on the other hand, stated that the surprise border closure had caused some concern for them.