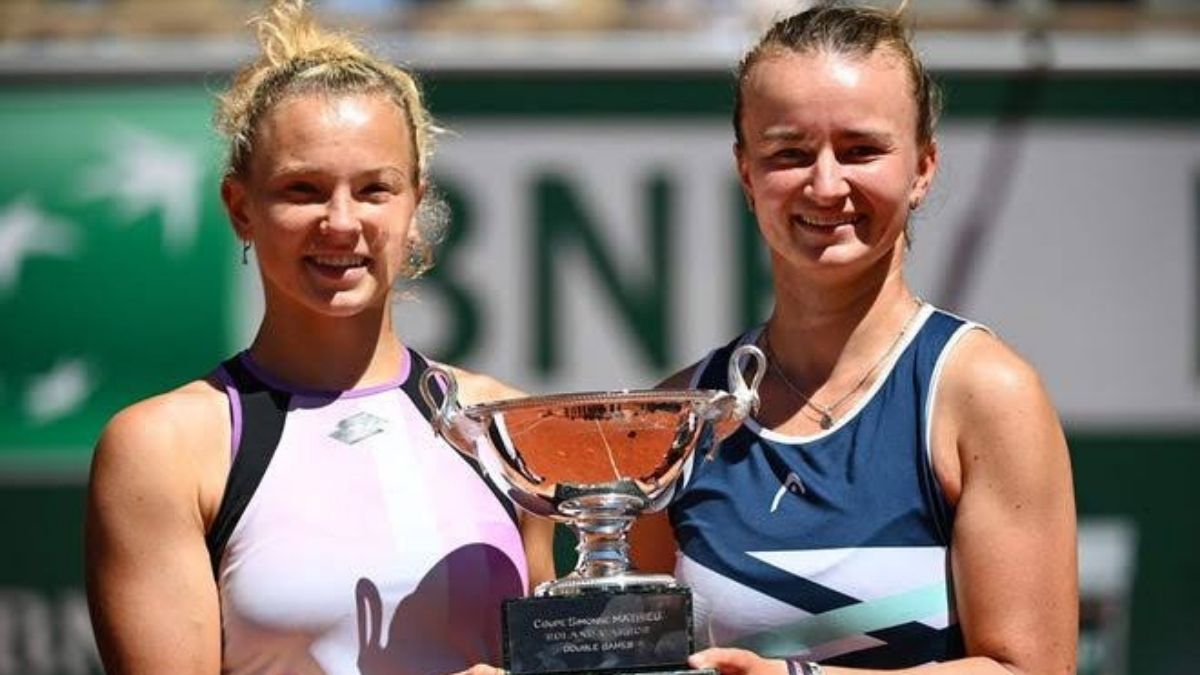 Since Frenchwoman Mary Pierce accomplished the feat in 2000, Krejcikova became the first woman to win both the women’s singles and doubles titles in Paris.

All they do is WIN 🏆

Make it three titles for @BKrejcikova and @K_Siniakova at Roland-Garros, including girls’ doubles in 2013 and women's doubles in 2018.#RolandGarros pic.twitter.com/S9o5N091c8

When the rankings are updated on Monday, the 25-year-old Krejcikova will return as the world’s number one doubles player, having climbed to 15th in singles after winning her first Grand Slam singles championship on Saturday. Swiatek, the 2020 singles winner, and Mattek-Sands were competing in only their third event together, and they struggled to keep up with Siniakova’s quick movement and deft netplay, as well as Krejcikova’s outstanding performance from the baseline.

The second-seeded Czech team, who also won the Roland Garros trophy in 2018, raced to a 5-1 lead, and even though Swiatek and Mattek-Sands battled back to 5-4, Krejcikova served out the set. Siniakova continued to struggle with her serve on a windy day in Paris, as the Czech pairing had a total of eight double faults in the match.

However, with their expertise and good coordination, the pair, who also won the 2019 Wimbledon doubles title, overcame their serving issues. The number two seeds broke their opponents three times in the second set and completed the victory when Siniakova delivered a backhand winner on their second match point.

World no.1 Ash Barty announces shock retirement at the age of 25

Novak Djokovic will be allowed to play at the French Open, says organizers

Medvedev crashes out of Indian Wells; loses no.1 ranking