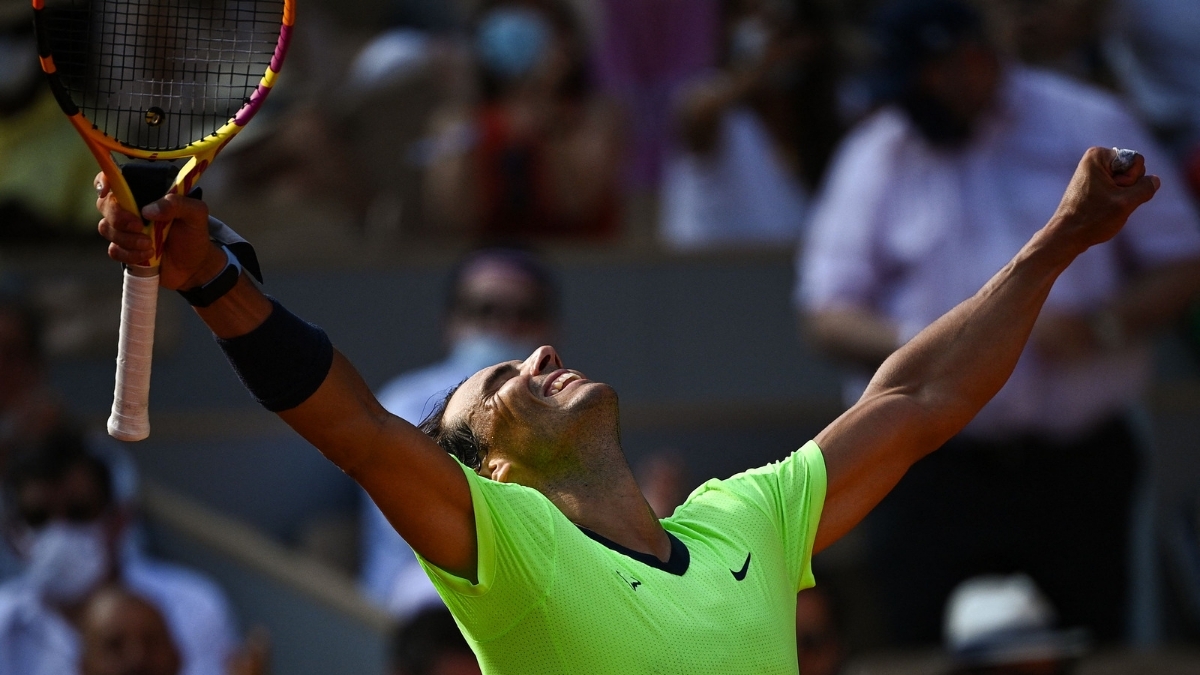 Rafael Nadal advances to semi-finals of French Open beating Diego Schwartzman 6-3, 4-6, 6-0, with three sets win in the Roland Garros tournament. King of Clay will play into the semis against the winner between Novak Djokovic and Matteo Berrettini which will be happening tonight.

“I needed to play a little bit more antagonist and I think I did later. I am very happy about that”, said Nadal in an interview later after the match.

Around 5,000 fans were allowed at the Court Philippe Chatrier taking care of the government’s restrictions of the Pandemic guidelines, for today’s quarter-final game.

Nadal has won 272 sets at the French Open and has dropped only 23 in 17 tournaments. Schwartzman is the first player who took a set from him since the 2019 final vs Dominic Thiem. The match at the start was not favourable for him but in the third set from 4-4, Spaniard upped his level and overcame the Argentine taking match into his favour.

The only players to win more than one set against Nadal are, Novak Djokovic (7), Roger Federer (4), Robin Soderling (3), Diego Schwartzman (2) and John Robert Isner (2).

Coming up next, Djokovic overcame his fourth round against teenager Lorenzo Musetti with 6-7 (7-9) 6-7 (2-7) 6-1 6-0 4-0. World No.1 will now play against another Italian Matteo Berrettini tonight, who lost to Roger Federer but was handed a walkover later after Federer’s withdrawal.